When taking on his last term of office, President Uhuru Kenyatta, the President of Kenya committed to building 500,000 houses and at the same time facilitate affordable housing. He further promised to institute a homeownership program so that families can own a decent home affordably. The occasion coincided with the unveiling of a project called ‘Building Assets, Unlocking Access: Shelter Solutions for the Poor.’ It was a Habitat for Humanity project that was launched in 2012 that seeks to have sustainable cities and communities. The six year project planes by Habitat for Humanity’s Terwilliger Center for Innovation in Shelter is funded by three major organizations which are Habitat for Humanity Canada, Habitat for Humanity International and the MasterCard Foundation.

The project has further provided technical assistance to different institutions in Kenya and Uganda which are Kenya Women Microfinance Bank, Centenary Bank; Opportunity Bank, Pride Microfinance Ltd, Stima Sacco and Kenya Commercial Bank. The collaboration with this institutions is directed towards the initiation of microfinance products that will favor the low-income households to improve their home conditions. The move will empower the people to secure adequate and affordable housing which will be a significant improvement on the community. Housing is among the three basic needs in low-income households along with food and primary education and many microfinance institutions are putting up efforts to generate solutions to such needs. 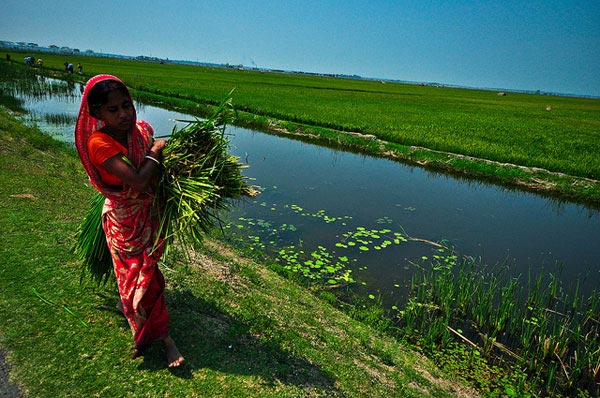 African and Asian countries are at the highest risk of impacts of climate change and natural catastrophes. In response to this, an insurance scheme was launched on Thursday as an effort to empower the lives of the 4 million people in Africa and Asia in rebuilding their lives following the experienced disasters. The program will cover areas that have experienced the adverse effects of drought inclusive of Kenya, Malawi, Mali, Zambia and Cambodia and other cyclonical regions in Myanmar where they will place more focus on women and children. The African and Asian Resilience in Disaster Insurance Scheme (ARDIS) is under the leadership of VisionFund International, microfinance firm of World vision. They aim to minimize the vulnerabilities of small business and empower the low-income households in the region.

More than 690,000 families are set to qualify for the scheme, and all the farmers will be a part of the group. Richard Choularton who is an expert in food security and climate resilience base in US-based Tetra Tech International Development Services said that insurance issued are not sufficient to cushion the farmers in their communities. He noted that farmers require more to withstand the economic shocks such as drought and floods. In addition to the insurance, farmers will receive support and loans during the empowerment process.

Thitsar Ooyin microfinance has been launched in Myanmar and is now governed by Myanmar law. The company is interested in activities that generate income and also the provision of loans to the marginalized people in the community. International development NGO GRET founded the company as a continuation of the microfinance activities that GRET has to initiate for more than 20 years. The first Myanmar microfinance institution was created in 1995 in Chin State which is an isolated mountainous region in North-West Myanmar. Following the success of the first organization, GRET decided to expand the financial inclusion service through the creation of a second institution In Myanmar region. Through constant support from The Livelihoods and Food Security Trust Fund (LIFT), the two organizations have enjoyed financial stability.

Through their services, Thitsar Ooyin empowers the rural population and enables them to increase their salaries through the provision of loans that are adapted to suit the situations. The credits are used in the growth and development of informal activities which is mostly inclusive of farming, livestock, and trade. Individual’s loans are further provided by the company for the promotion of micro-businesses. Thitsar Ooyin has eight branches and around 80 employees who work in service of the people. GRET implements solidarity in their services, and Thitsar Ooyin shares the same value to ensure positive development.

After the government announced note-ban on November 201, loan repayment took a critical hit I the cash-based sector. The situation got worse when the government also announced a farm loan waiver which saw small borrowers in five states including Maharashtra and Uttar Pradesh stop repaying loans. In the eastern part of Maharashtra, the Vidarbha region suffered 35% of the loan write-offs.

Bandhan Bank managing director Chandra Shekhar Ghosh said at the Eastern India Microfinance Summit that there had been difficulties in the collection of debts after the announcement of demonetization, but they were gradually petering out. However, they had not made substantial write-offs.

Ujjivan Small Finance Managing Director Samit Ghosh said that things would improve at the end of the fiscal as they are on the last leg of the demonetization effect. The holding firm for the small bank, Ujjivan Financial Services, has written off loans worth Rs 300 crore.

Kolkata-based Village Financial Services a microfinance industry that was adversely affected by the demonetization has a Rs 510 crore portfolio. It intends to expand to states such as Mahya Pradesh and Jharkhand. Citing that, the microfinance industry will take another six months for full recovery from the blow.

According to Ratna Vishwanathan, former CEO of Microfinance Institutions Network-MFIN, non-performing assets have dropped from 23 percent after the demonetization to 4 percent now, in one year and this is expected to fall further to 2 percent onwards.

The microfinance industry is an excellent platform that the government can use propel its agenda of financial inclusion since they help to reach out to the unbanked population. That lacks has limited access to commercial credit. Microfinance Institutions Network (MFIN) led by Ratna Vishwanathan, promotes responsible lending, client protection, good governance and an enabling environment in microfinance. It is composed of Self-Regulation, Advocacy and Development, Communications and Marketing and State Initiatives that bring focus to the priorities of microfinance. The microfinance sector in India helps to emphasize the financial inclusion policies. The industry launched an employee bureau recently in partnership with global information solutions company Equifax to empower microfinance institutions more.

Microfinance institutions are challenged by attrition and leakage of information. The employee bureau will thus enable the organizations in addressing the amorphous structure of employees across the microfinance industry. The agency will further help in the maintenance of a database that contains details of the staff which will help MFIs in the improvement of quality hiring practices through a better pas employment check. Through the adoption of a cashless approach, MFIs are making disbursement faster and have been researching identity the efficient methods that can be used while going cashless.

Fearful anticipation loomed amongst customers of microfinance banks following the deadline expiration of penultimate on Friday, especially for those who are yet to enroll for the compulsory BVN (Biometric Verification Number.

An investigation by The Nation disclosed that about 5 million accounts might be shut down due to failure to comply with the BVN order in line with the Central Bank of Nigeria mandate.

CBN had extended the BV enrollment from 31st July 2017 to 31st December 2017. Mrs. Tokunbo Martins, the Director for Other Financial Institutions Supervision Department, announced this extension citing that all customers without BVN attached to their account would not be entitled to debit operations starting 1st January 2018.

Given that commercial banks have prevented customers from accessing their accounts without BVN, it has given most microfinance bank customers reason to worry about the fate of their accounts if they enforce the BVN order.

Nonetheless, Rogers Nwoke, the Managing Director of Hasal Microfinance Bank, while speaking to The Nation, confirmed that the deadline for microfinance banks’ customers has since elapsed and thus they shouldn’t be the reason for anxiety whatsoever. The reason given was that microfinance has since acquired BVN machines. As such in the case a customer comes to a microfinance bank and cannot do a transaction because they do not have a BVN, they would be guided to a BVN machine to do his enrollment.

Wan Word Unit Organization (WWUO) has taken up the initiative of boosting people especially women in microfinance. The organization which is newly established is situated at Water Nar Life in Moyiba community. It has provided identity cards to members and created an account with United Bank of Africa to ensure transparency and accountability. The Chairman of WWUO, Mr. Yusif Kamara, expressed his contentment of their achievements which have been rapid due to the commitment and hard work. The organization hopes to establish a microcredit unit to promote women entrepreneurs and men as well. It has continually provided the financial grant to eligible female members to balance gender equality in the community since women are the most vulnerable people. Mr. Kamara said that women had played a significant goal in the development of the organization through financial support meant to promote the engagement of the community through the approach of diplomatic procedures.

WWUO has decided to ten members through microcredit support with minimal interest that will go back to safekeeping. The chairman urged he selected women to make proper use of the money for its intended purpose so that more women can also benefit from the program. The organization hopes to create a revenue mobilization unit for the transformation and sustaining its running and functionality.

This is a text widget. The Text Widget allows you to add text or HTML to your sidebar. You can use a text widget to display text, links, images, HTML, or a combination of these. Edit them in the Widget section of the Customizer.
shinwoomicro
Create a free website or blog at WordPress.com.