This is your very first post. Click the Edit link to modify or delete it, or start a new post. If you like, use this post to tell readers why you started this blog and what you plan to do with it. 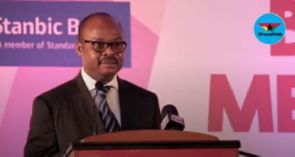 At least 289 microfinance firms will be rendered obsolete if the Central Bank of Ghana fails to extend the deadline for the newly approved minimum capital requirement. The new law requires all microfinance to expand their capital to 2 million from 500,000 Ghanaian shillings. The government action was intended to create a more robust microfinance sector. The firms were expected to have complied with the requirement by the end of June 2018.

Out of 319 microfinance companies, about 30 of them are in good standing. However, the Ghana Microfinance Institution Network (GHAMFIN) believe that most will have met the minimum requirement by the end of June. Failure to comply with the requirement will result in mergers or shut down. Likely, the GHAMFIN had sent a proposal to the governor of the Central Bank asking an extension of the deadline up to 2022.

Most of the microfinance are unable to meet the requirement as noticed by the GHAMFIN. This trend was observed on local banks that struggled to meet the minimum capital requirement of 400 million Ghanaian shillings by the end of the year. Economist have suggested that failure by the government to extend the deadline will lead to a catastrophic blow towards SMEs and the country’s economy at large. Most of the microfinance institutions play a significant role in the country’s economy by giving customers credit thus the government need to be lenient with them.

The financial system in a country translates to the economic development in the country. A reliable system with an efficient financial system is crucial for economic growth which fosters investments, facilitation of trade and risk diversification. Unfortunately, some states are still suffering from poverty, low income, and high unemployment rate. Low income individuals and small business entrepreneurs have challenges to access finances due to the qualifications required. There is need to lower the barriers and allow the people to obtain funds and empower themselves financially which will be a strategy to alleviate poverty. Under such conditions, microfinance institutions become an alternative source of finance to customers that lack access to traditional financial systems. However, microfinance institutions have faced numerous challenges in meeting their goals.

Microfinance sector in Africa has empowered many women financially compared to the past. Most of the women have an excellent payment record despite the challenges they encounter daily. Microfinance institutions have the potential to address the barriers of female empowerment to increase their independence, self-respect, pride and reduced friction with the friction. The institutions have further empowered people to invest in income generating activities that have improved their quality of life. The institutions are growing in dynamic levels despite the challenges such as the concentration of poverty in rural areas. They face the challenge of establishing strong institutions and managers to run them because adequate skills and knowledge in running the institutions is a critical requirement. https://themarketmogul.com/microfinance-africa/

The numerous advances in technology have facilitated the digital migration in business as service provision continues to be diversified. The financial sector has taken up the challenge to embrace the inclusion of technology in their service delivery. Several commercial products have been launched, and clients are well oriented in the new approaches. Recently, VisionFund Myanmar (VFM) which is recognized as the second largest microfinance institution in Myanmar partnered with Opportunities NOW (ONOW) to launch Mr.Finance VFM. The partnership is a perfect reflection of the core values that that financial health goes along with financial inclusion and literacy. The new product has been geared to benefit the factory workers in the industrial zones of Yangon. It is a platform that is set to offer financial literacy to the workers especially those who use microfinance as a source of funding. Myanmar has experienced a significant rise in the adoption and use of financial technology, and this provided a firm foundation for the launching of the product.

Mr. Guerol Michael Sari, the Chief Operations Officer at VisionFund Myanmar, believes that client education is a core part of any mission in a company that hopes to achieve financial literacy to the underserved clients in the community. Matt Wallace, the Executive Director and co-founder of Opportunities NOW shares similar believes with Sari. Matt has confidence that financial literacy is essential and this prompted acceptance of the partnership to promote his passion for offering emotional, timely, and straightforward financial education. 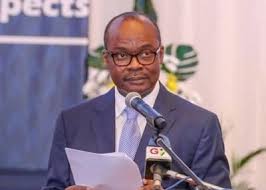 30 microfinance companies have found themselves in the Economic and Organized Crime Office (EOCO) where they were being investigated for alleged embezzlement and fraud and later face prosecution when found guilty. The directions for the investigations were given by the Bank of Ghana who has chosen to hold the names of the companies for security reasons. The anti-graft agency will further conduct probes on how GH¢90 which belonged to depositors was utilized. According to an anonymous source, the unstable condition of the microfinance companies places more than 4,500 customers at risk of losing their life savings. In the last few months, many microfinance companies have shut down from the inability to raise money for the funding of withdrawals. A report from the Daily Graphic that conducted checks on the operation of the microfinance companies, 319 out of 347 licensed companies was in a position to fund their operations. The tests indicated a considerable gap between deposits and assets which was an indication that most of the funds were diverted to other businesses.
Bank of Ghana (BoG) was overwhelmed by the huge challenges facing the microfinance sectors. The bank took note of the challenges and has embarked on strategies handle the challenges. The bank has been monitoring micro-finance institutions through offsite surveillance and onsite examination.
https://www.myjoyonline.com/business/2018/March-12th/bank-of-ghana-drags-30-microfinance-companies-to-eoco.php

In a group of ten youthful people in Ghana, half of the group are unemployed, and most of them have dropped out of schools living in impoverished homes. They lack access to business loans, and most of them are living in uttermost poverty. Some of these conditions have been contributed by the recent insecurity case in Ghana. In addressing the situation, the microfinance sector in the country has a significant role to play in empowering the young men and women to improve their lives and the community at large. The industry can contribute to the Ghanaian economy through the creation of job opportunities and the improvement of the production levels in the informal sector through the right policies and support systems. One objective of microfinance is to alleviate poverty and create institutions to deliver financial services to the poor and the marginalized in the society.

Microfinance empowers the poor to meet basic needs and protect them against financial risks, improving the general welfare and empower women through supporting their economic participation as a quest for gender equality. Microcredit Association Ghana (MCAG), the supervisory umbrella of Bank of Ghana can boast over 700 licensed micro creditors countrywide with over 5000 employees to help in the reduction of poverty and unemployment levels. Micro creditors are a significant transformational tool that can propel greatness in a country and improve the lives of a people. 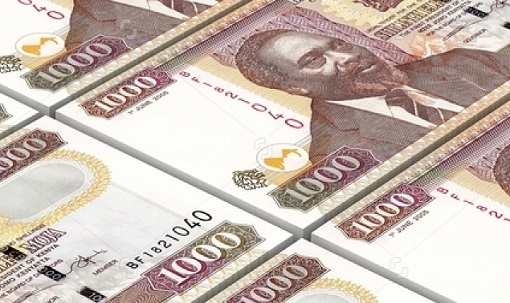 Compared to traditional banks, microfinance banks are imposing high-interest rates on their clients. CHIEF Executive Officers of Microfinance Banks (MfBs) has associated the high-interest prices to the costs incurred to when doing business in the sub-sector. The executives noted that compared to other commercial banks, the microfinance institutions lack the access to cheap funds and they spend more resources when serving one customer compared to the commercials banks. The executives in these institutions are mostly in service of customers who are not in the mainstream banking, and due to the physical interventions involved, the administrative costs of MFBs becomes high.

According to Managing Director/CEO, NPF MfB Plc, Mr. Akin Lawal, low public confidence in the subsector is one of the main reasons why the interest rates are high. When a client brings in money to MFB, the cost of the fund is already high compared to the traditional banks. A lot of collateral substitutes is involved, and with required supervision, the costs incurred are further increased. However, the Managing Director, Supreme Microfinance Bank, Mr. Jide Aremo explained that the interest rate would not remain high forever. The executives noted that although people save their money in commercial banks, they get to microfinance banks when they are in need of credit loans. If they kept the money in microfinance banks, then the interest rates would be lower.

In a bid to improve its financial services in Southeast Asia, the Bank of Tokyo-Mitsubishi (BTMU) entered into a partnership with a fintech company. The agreement is with iAPPS, a mobile app platform that will help the banks to facilitate the cross-border funding and the transfer of money with a particular target on agriculture, manufacturing, and retail supply chains. The bank is planning on a crowdfunded microfinance for the supply chain involving the ecosystem of traders and smallholders. According to Shue Heng Yip, head of digital transformation for Asia and Oceania at BTMU’s parent group, the bank is looking to facilitate the sustainable farming practices and also market reach for developing areas in Asean. Previous hopes were that improvements in technology would result in a narrowing in the trade finance gap in traditionally underbanked regions.

According to the respondents, trade digitization could facilitate mobilization of micro SME (MSME) financing, but the market gap was yet to be reduced. Fintech will have a requirement to deliver enhanced capability for financial institutions for conducting due diligence MSMEs before playing a role in the reduction of gaps. A portion of MUFG’s digital strategy will be used in technology to narrow the barriers to the entry of small business entry markets in Southeast Asia.

This is a text widget. The Text Widget allows you to add text or HTML to your sidebar. You can use a text widget to display text, links, images, HTML, or a combination of these. Edit them in the Widget section of the Customizer.
shinwoomicro
Create a free website or blog at WordPress.com.